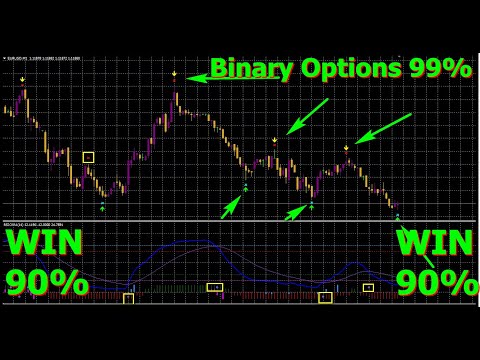 PSA: Guide on how to recover your lost Segwit coins using Electron Cash

How to get your recovered SegWit funds using Electron Cash

Thousands of BCH on thousands of coins that were accidentally send to Segwit 3xxx addresses were recovered by BTC.TOP in block 582705.
This was a wonderful service to the community. This had to be done quickly as the coins were anyone can spend and needed to be sent somewhere. This all had to be done before thieves could get their dirty paws on them.
So.. How were they recovered? Did BTC.TOP just take the coins for themselves? NO: They were not taken by BTC.TOP. This would be wrong (morally), and would open them up to liability and other shenanigans (legally).
Instead --BTC.TOP acted quickly and did the legally responsible thing with minimal liability. They were sent on to the intended destination address of the SegWit transaction (if translated to BCH normal address).
This means BTC.TOP did not steal your coins and/or does not have custody of your funds!
But this does mean you now need to figure out how to get the private key associated with where they were sent -- in order to unlock the funds. (Which will be covered below).
Discussions on why this was the most responsible thing to do and why it was done this way are available upon request. Or you can search this subreddit to get to them.

The Segwit transactions have a bad/crazy/messed-up format which contains an output (destination) which contains a hash of a public key inside. So they "sort of" contain a regular bitcoin address inside of them, with other Segwit garbage around them. This hash was decoded and translated to a regular BCH address, and the funds were sent there.
Again: The funds were forwarded on to a regular BCH address where they are safe. They are now guarded by a private key -- where they were not before (before they were "anyone can spend"). It can be argued this is the only reasonable thing to have done with them (legally and morally) -- continue to send them to their intended destination. This standard, if it's good enough for the US Post Office and Federal Mail, is good enough here. It's better than them being stolen.


Ok, I get it... they are on a regular BCH address now. The address of the destination of the Tx, is it?

Yes. So now a regular BCH private key (rather than anyone can spend) is needed to spend them further. Thus the Segwit destination address you sent them to initially was effectively translated to a BCH regular address. It's as if you posted a parcel with the wrong ZIP code on it -- but the USPS was nice enough to figure that out and send it to where you intended it to go.


Why do it this way and not return to sender?

Because of the ambiguity present-- it's not entirely clear which sender to return them to. There is too much ambiguity there, and would have led to many inputs not being recovered in a proper manner. More discussion on this is available upon request.


Purpose of this guide

This document explains how to:
Complications to watch out for:


Step 1: Checking where your coins went

To verify if this recovery touched one of your lost coins: look for the transaction that spent your coins and open it on bch.btc.com explorer.

Let’s take this one for example.
Observe the input says:
And the output says:
Notice a pattern?
The fact that these two highlighted hexadecimal strings are the same means that the funds were forwarded to the identical public key, and can be spent by the private key (corresponding to that public key) if it is imported into a Bitcoin Cash wallet.

If the input starts with “P2SH 220020…”, as in this example, then your segwit address is a script -- probably a multisignature. While the input says “P2SH 22002019aa2610492ee2c18605597136294596d4f0f9bc6ce0974ed3a975d65da4ca1e”, the output says “P2SH OP_HASH160 21bdc73fb15b3bb7bd1be365e92447dc2a44e662 OP_EQUAL”. These two strings actually correspond to the same script, but they are different in content and length due to segwit’s design. However, you just need to RIPEMD160 hash the first string and compare to the second -- you can check this by entering the input string (after the 220020 part) into this website’s Binary Hash field and checking the resulting RIPEMD160 hash. The resulting hash is 21bdc73fb15b3bb7bd1be365e92447dc2a44e662, which corresponds to the output hex above, and this means the coins were forwarded to the same spending script but in "non-segwit form". You will need to re-assemble the same multi-signature setup and enough private keys on a Bitcoin Cash wallet. (Sorry for the succinct explanation here. Ask in the comments for more details perhaps.)

If the string does not match (identically in the Normal case above, or after properly hashing in the Multisig case above), then your coins were sent elsewhere, possibly even taken by an anonymous miner. :'(


Step 2: How To Do the Recovery

This is for recoveries where the input string started with “160014”.

How to Recover Multisignature wallets (P2WSH-in-P2SH in segwit parlance)

This is for recoveries where the input string started with "220020.
Please read the above instructions for how to import single keys. You will need to do similar but taking care to reproduce the same set of multisignature keys as you had in the BTC wallet. Note that Electron Cash does not support single-key multisignature, so you need to use the BIP39 / xprv approach.
If you don’t observe the correct address in Electron Cash, then check the list of public keys by right clicking on an address, and compare it to the list seen in your BTC wallet. Also ensure that the number of required signers is identical.

Fun Times with PDQ deploy Part 2 continued from https://www.reddit.com/pdq/comments/digrx3/fun_times_with_pdq_deploy_part_1/
**
CCC Stars Wars A new hope
Step 1 - Create a copy file step in pdq to copy putty.exe to the C:\ drive on host computer
Step 2 - Create a command step in pdq with C:\putty.exe telnet://towel.blinkenlights.nl/
**
DDD Rick Rolling Ascii style - by Lee Holmes for pdq - I can understand your hesitation to run it, but I did and I lived =)
Make sure properties and each step is set under the options tab to run as "Logged on User"
Make sure under conditions powershell5 is selected and logged on state is set to only if user is logged on.
neverGonna script - copy to a .ps1 file/create a powershell script
​
*

Binary matchups: rev up those buffs.

:TLDR buff the lower tier heroes.
Okay, I get it. Some matchups have to be harder than others, you aren't going to have the same chance against everyone. Thats fair, that's by design. But how, in the name of centurions holy ballhair are some of the lesser characters actually meant to win rn? A prime example: Kensei v lawbringer, and yeah the whole "hurr Durr don't complain if you pick kensei" NO. He's in the game there's no "WARNING WARNING this guy is broken rn were fixing him" popping up when you pick him, they have no excuse he's in the game and he should be viable, just like everyone else, how's he supposed to win? Like Devs, actually explain to me how he's supposed to, not even kill-TOUCH a patient lawbringer. It's beyond "oh he's kensei's counter sure but kensei can still win in duel" no he can't. It's binary af and BORING to play.
It's actually a joke how long all these OG characters have been busted; Valkyrie Conqueror Orochi Kensei, what the actual flipping RAH is going on over there? It's not like the top 5 most popular heroes exist because they're so good, and have options and mixups that are perpetually impossible to always predict or on react to(on console),(FOR THE MOST PART) no they're chosen because everyone else is broken and ineffective at opening a turtle; glad, law, cent, warlord warden and raider all are good because they open turtles and force you to play their game, they actually have a tangible fear aura, you look at a glad, a cent a lawbringer, you go: "THATS HIM! THATS THE DUDE WITH THE BIG ORANGE MAKE MY HEALTH GO AWAY MOVE!" WHEN YOU SEE A KENSEI, A VALK AN OROCHI, you literally can just be like, "oh nice! block cgb and I'll use my unblock able bash EzPzLemonSquezyGGnoRE!" it's utter pish and a joke ESPECIALLY, in duel. (And even more so if your opponent can light parry, that's where the fun begins.)
I'm having fun with this game rn, really. But don't you think this Halloween event will distract me from the true issues, the character viability rn, is bad af and you can't deny it. People don't play dominion rn because it's the "main" game mode or you get the most XP, no. They play because it's the only environment in the game where their C,D tier hero has any chance. It's sad but true. In season 4 I'd much prefer getting all the older heroes looked at wayyy more than 2 other problem children being added into the mix. I'm, just, so tired. Of playing some duel, and going against a turtle, a 'lord, a lawbro, and just thinking to myself "hmm, there's nothing I can do here, is there?" Sigh
In season 4 I'd actually feel genuinely looked after as a player, and respected and listened to, and valued by the Devs if they just went, "ynow shugoki, remember that guy? Valk? Kensei? All those little guys? Little BOI conq? Little two move roach dude? It's time for them to be brought up, given some love actually able to open a turtle. Cmon Ubi, rev up those buffs for the little guys in season 4.

Our first game and why time constraints are incredibly useful

Welcome to binary options.All or nothing, one or zero, these securities are available on Nadex. ﻿ ﻿ Binary options allow traders to make time-bound conditional bets on predefined values of ... Binary Option Robot will analyse the trend of the market in real-time and. But a true binary option is like any other option, it has a pz binary options 1.0 pz free download strike price and a expiration stamp, and can be bought and sold until expiration. Our experts for free …. User Manual PZ Binary Options . 0. indicator, MT4. PZ Day Trading Posted on July 11, 2015 by indiefirmbdg. This indicator released by pointzero – trading which cost 299 US$. The PZ Day Trading indicator has been specially designed for scalping intraday charts and detects reversals in a Zig-Zag fashion, without repainting or backpainting at all. Pay Via Skrill / Neteller / Perfect Money to get Additional 10% Discount Check It. Close PZ Binary Options indicator Binary Options are a type of option in which the payoff is structured to be either a fixed amount pz binary options how to use of compensation if the option expires in the money, or nothing at all if the option expires out of the money. Jul 29, 2020 · Pz binary options indicator July 29, 2020.